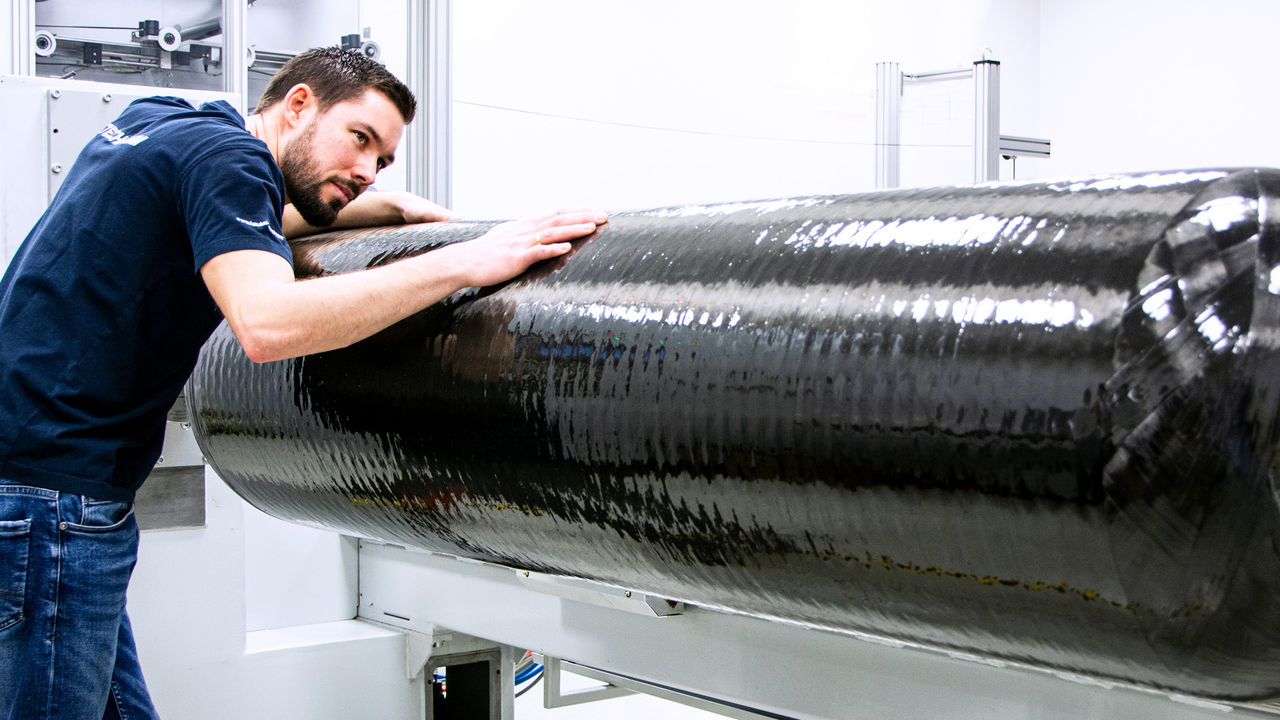 Kautex Maschinenbau's blow molding experts have successfully produced a large-volume polyamide liner for hydrogen pressure vessels using extrusion blow molding. The liner is over two meters long, with a diameter of approximately 500 mm and a volume of 320 liters. This is the first time that a liner for a hydrogen container has been produced in this size by blow molding.

Hydrogen presents considerable challenges in relation to the liner material’s permeability. Being the smallest molecule in the periodic table, hydrogen can diffuse through virtually every plastic material. Special polyamides (PAs) have the best barrier properties. However, due to their low melt rigidity and complexity, they have previously been difficult to process on this scale by blow molding. Newly developed polyamides and a special extrusion technique have now made this possible.

“Producing a liner of this size from polyamide has been a major challenge. The work we are doing here is truly pioneering”, said Abdellah El Bouchfrati, Head of Kautex’s Composite Business Development, where the new hydrogen liner was developed.

For some time now, Kautex has been putting its efforts into on-going development of composite pressure vessels for various applications such as hydrogen, CNG and LPG tanks. Composite tanks consist of a thermoplastic liner, a boss part, to which the valve is connected, and a fiber winding which adds mechanical strength. The internal liner is produced by blow molding.

Kautex KBS241 for the production of polyamid liners

CPV high-pressure containers for hydrogen are generally designed for an operating pressure of 700 bar and a burst pressure of 1750 bar. The liner is a core component of the container. It is the inner skin of the tank. It absorbs the gas, surrounding the contents and sealing them off from the outside. The liner is subjected to high mechanical stresses and temperature ranges from -60 °C to +120 °C. Now, for the first time, the method developed by Kautex in cooperation with a plastics manufacturer enables hydrogen liners in sizes with industrial applications to be produced by blow molding.

“The liner size we have now achieved is just the start. We are confident that, in future, we will also be able to use this method to produce considerably larger liners for hydrogen pressure vessels”, said Abdellah El Bouchfrati.

The technology developed by Kautex Maschinenbau for producing large-volume liners for hydrogen containers means that a cost-effective solution for transport and infrastructure requirements is now within reach. Hydrogen is regarded as an alternative to fossil fuels and battery-powered electric propulsion systems in many areas today. Many companies and institutions are now putting every effort into developing cost-effective marketable solutions. China, Japan, and South Korea are leading the way. However, Europe is also making great strides in driving this technology forward. Experts have long considered sole reliance on battery technologies to provide a solution to tomorrow's mobility problems will not achieve the long-term goal of mobility that is as carbon-neutral as possible.

While fuel cell technology in the passenger car sector does not yet appear to be economically viable, due to production costs and a lack of infrastructure, hydrogen-powered drive and production technologies are already being successfully implemented in other areas. This technology currently appears to be of particular interest for heavy goods transport, local public transport, shipbuilding, and the aircraft industry. In those sectors, the primary demand is for safe, lightweight and leak-proof tank systems.

Hydrogen is also a first-class energy storage medium, especially if it has been produced using renewable energies. Here, too, tank systems that can withstand the associated pressure, and still store the extremely light gas safely, are needed. 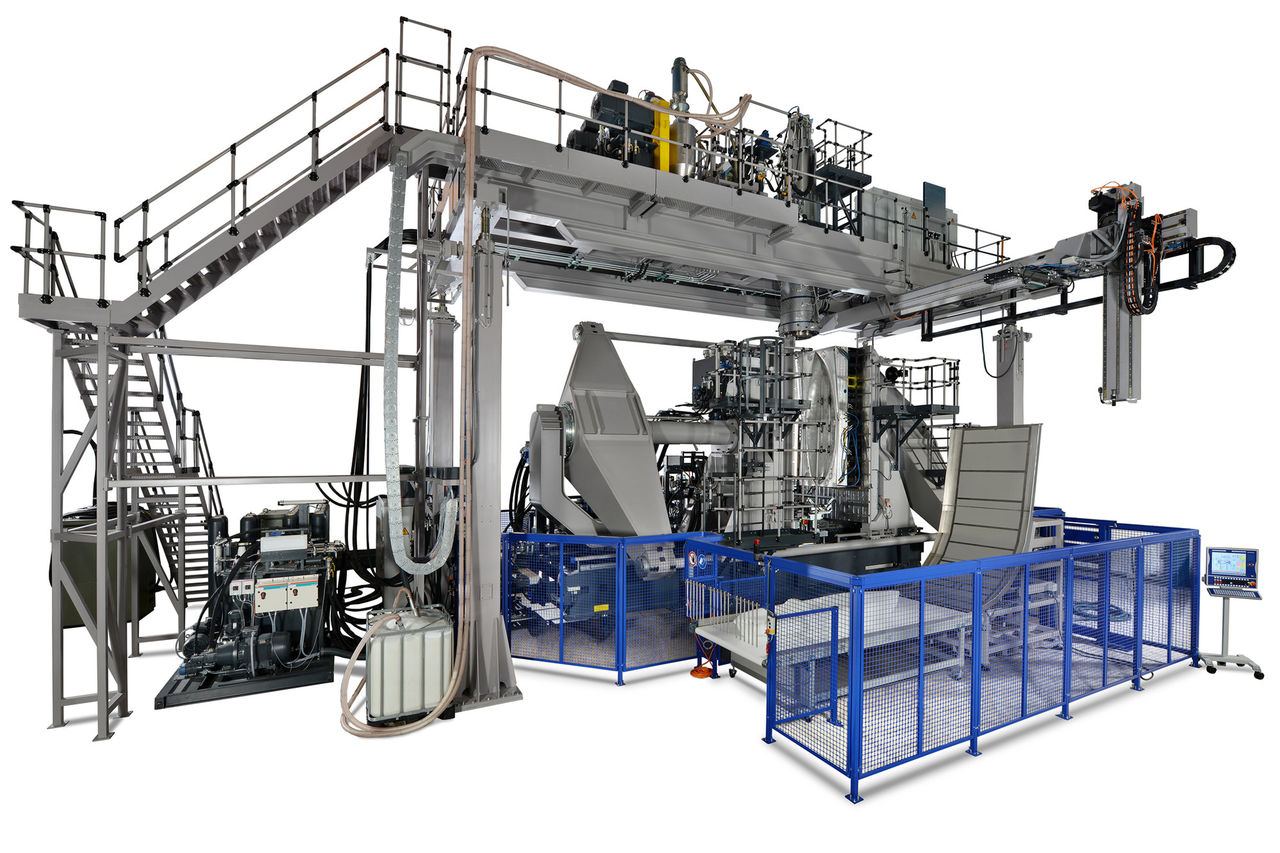 We design high-quality composite gas bottles for you, and we develop individual production systems - from the extrusion blow molding machine via the liner processing and the winding machine all the way to testing equipment.