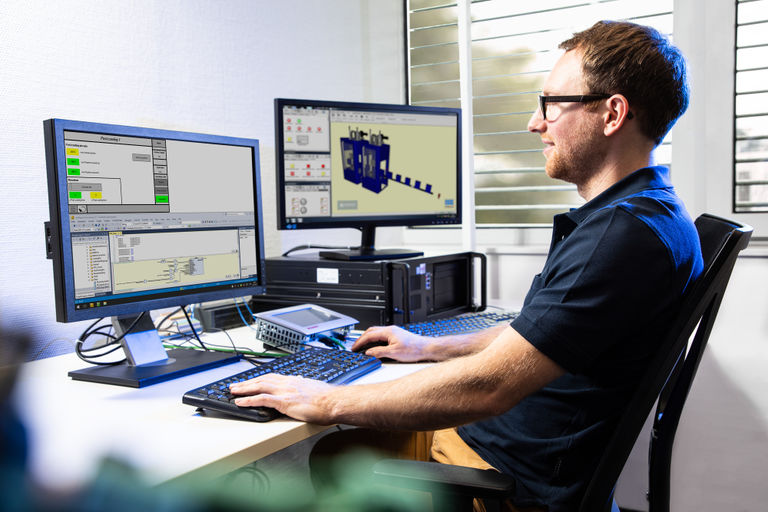 The commissioning of complex applications and production systems often takes several days or weeks and is associated with considerable downtimes in which the system has to be taken out of production. Virtual development and testing environments can speed up the implementation on site considerably. In a recent case the blow molding expert Kautex Maschinenbau was able to reduce the on-site commissioning of a new system control to a single day.

It was therefore possible to restart the system after just half the amount of time that was originally calculated. Project manager Dirk Hiller of Kautex sees a great deal of potential in the process: "The simulation process which we use for pre-commissioning and testing on virtual Kautex systems reduces time and staffing requirements for the implementation on site. Digital twinning of our machinesmeans that we are now in a better position to adapt the control of the production system to changing conditions and production requirements more quickly."

Our aim at Kautex, is to join our customers and partners in assuming a pioneering role in transition and the creation of added value with extrusion blow molding machines.